A day in Cardiff

Had an early start this morning – grabbed the train from Newport into Cardiff. 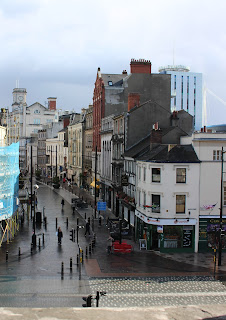 It took a little while to reorient myself to which streets were where and was fortunate enough to find the right arcade for Troutmark Books.  Spent a few minutes chatting to one of the booksellers there who knew Beth and I when we lived here.


Spent the rest of the morning exploring the shops before I met up with some ex-colleagues from Cardiff Centre for Lifelong Learning for lunch.  It was wonderful catching up with old friends.  Hard to believe it has been more than seven years since I left.  It was very cool to see that some of the signs I created as timetabling officer are still there.


I only had the day in Cardiff so wanted to enjoy as much as I could.  Talking to friends was a big part of it, although I also wanted to explore the park where I used to jog and photograph the wall of animals.  I think I was in a gargoyle kind of day.


Here’s a Welsh Dragon which sits on a post in front of City Hall. 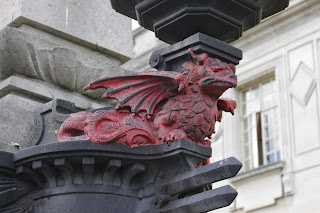 Beyond City Hall is Bute Park which is a lovely large park with the River Taff, small streams and lots of trees and greenery.  Here's one of the streams outside the castle wall. 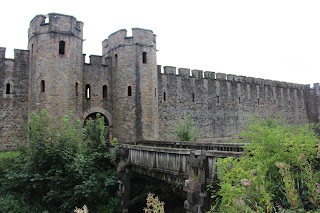 At one end of the park is Cardiff Castle and the wall of animals.  Here are a selection of gargoyle-like animals from the wall. 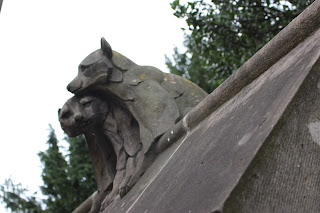 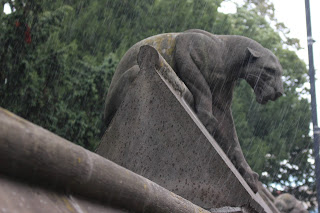 As you can see the rain poured down intermittently, and me being the ill-prepared tourist left my rain jacket back in my room.  What to do?  I decided to get out of the rain by touring Cardiff Castle.  I had been on the grounds once before but had never seen the furnished rooms.  You know how it is… you live in a city but always think there’s time to see its sights another day.  Then when you move away you still haven’t seen the big tourist attractions.


The Castle was interesting.  I learned that during the second world war, during the bomb raids people took shelter in the castle walls.  Here’s a poster instructing citizens how to put on their gas mask. 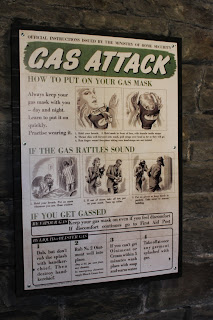 There were several posters advising people how to help the war effort – growing vegetables, keeping healthy, using potatoes instead of bread, and inviting the women of Britain to work in the factories. 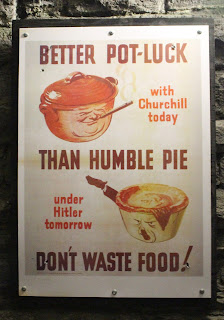 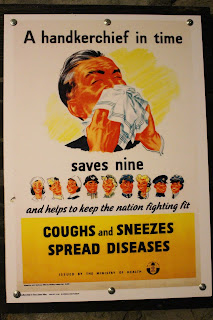 Here’s an example of the kitchen. 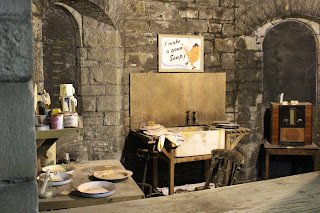 The keep survived fairly well over many centuries. 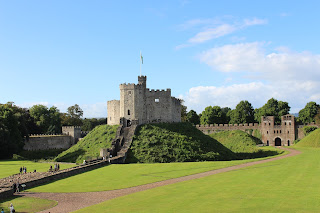 Here’s the clock tower which had its beautiful colours restored about the same time we moved from Wales.  It was nice to see the finished product 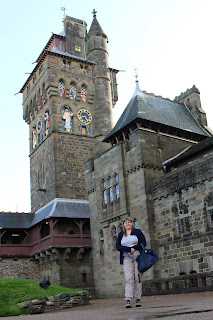 Inside were several rooms accessible to the public.  I particularly liked the stained glass windows of which there were many.  Even managed to take a few photos of them when the sun peaked out amongst the rain clouds. 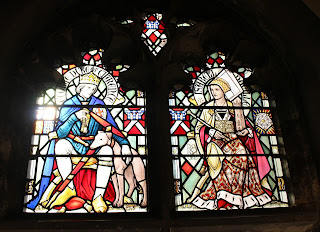 This dining hall is often rented out for fancy weddings. 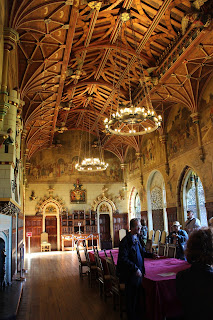 It’s a recreation of a medieval dining hall and had elaborate woodwork, even in the ceiling. 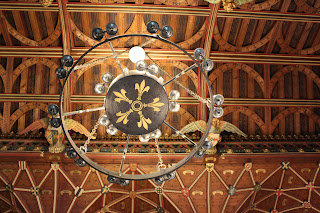 I think my favourite room was the library.  I seem to feel at home with lots of books – odd, that! 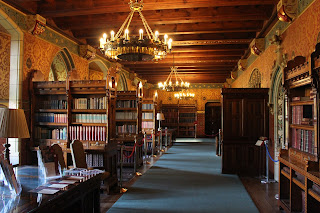 Once I saw all there was to see, I took the train back to Newport and had an enjoyable evening with my hosts.  They have a dog and two cats – one of whom spent the whole evening lying in my lap soaking up the attention.  Makes me want to have a cat, now.  But I’d have to move somewhere pet-friendly before that can happen.  And before I can move I’d need to downsize the number of books in the apartment.
Posted by Linda McClung at 4:03 PM

Wow, you certainly seem to have crammed a lot of sight-seeing into a day in Cardiff! Hope you enjoyed your flying visit and look forward to seeing more pics from your 'big adventure'.

My stars, but Cardiff looks beautiful!!! Thanks for the awesome photos, Linda!